“A man may plant a tree for a number of reasons. Perhaps he likes trees. Perhaps he wants shelter. Or perhaps he knows that someday he may need the firewood.”
Joanne Harris

Out and About in Azeroth

Somehow our raid team ballooned up to 24, at least on the first three bosses on heroic. We can carry them. After the third boss is down, it is understood that some of them will leave. But, only after sticking with us to the dog boss entrance. This is because three mobs drop 200 mentos for a total of 600. Good stuff.

Out of the blue and much to my surprise, the raid leader and one of the fighters began talking parses and damage. Believe it or not, we are running Warcraft Logs again. I was shocked. It has been ages (really probably a year) since we pored and poured over the data. It is believed by me that they like looking at their jacked-up corruption numbers.

I missed the boat entirely on the path to 100 exalted rep. The answer was obvious: horde side. Duh. I sat there feeling like Foghorn Leghorn kept throwing them over my head and I was the fool for comedy. So, I logged into my 120 hordie today to do some emissary rep runs. Didn’t even have a flying mount on the action bar: that is how long it had been since I visited this character!

While the next expansion is a long ways away, I feel like there is a lot to do. I am prepping four characters to cross over, each to his own covenant. Of great interest to me will be the pre-expansion patch when we get squished and all of our new spells. I hope that for a brief time that we are way over-powered but we can still get the AOTC for the mount — will it work that way?

Each morning I alternate between looking at Wowhead and MMO Champs for information that I’m interested in for Shadowlands and reading the daily news on the pandemic. Back and forth, every day. These are some tough times and I’m glad to have WoW to keep from this urge to run and go shopping just to get out. 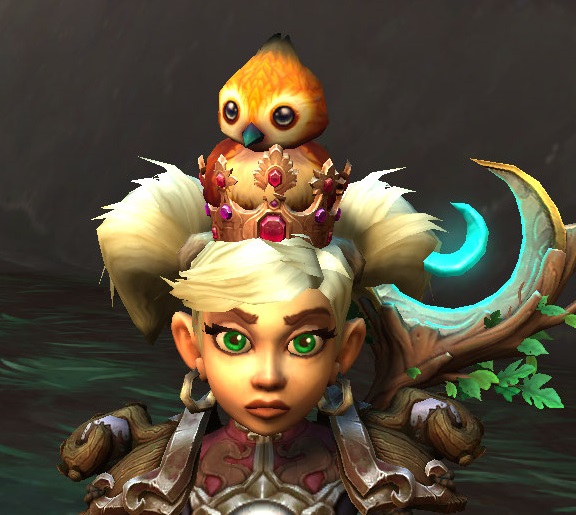