Well, our one hour is over. The timing was nice coming just after the pre-patch and all of us very curious about our future. I felt that one hour was not enough and that time in that one hour could have been used better.

And, to be fair, I know that these guys are not professionals. They are not trained to be on a microphone and to address 35,000 viewers live. The pressure must be powerful to perform.

If I could improve the Q&A, I’d say that Josh Allen as moderator does not need to re-interpret the question he just read out loud. I’d also say that if the answer to the next question was just covered, simply skip it to the next. It is his job to move us right along, not slog us down to a mud-paced crawl.

For me, it was frustrating to see theoretical questions chosen, like how our level goes up to 120 and is that too high. Nor do I wish to hear technical issues in the context of a 15 year old game; that explanation can be really super short.

With our next expansion only weeks away, toddling about in Legacy questions made me impatient. But, I do understand that these are player questions and therefore very valid.

We did get some questions answered that I care about. It turns out that viability in the future mythic plus dungeons is purely based on the affix. I find that hard to believe but that is what they said. If this is the case, you might want to level two different kinds of tanks. Healers, it seems, were ignored in the explanation.

I’ll go visit the sites that re-cap the Q&A soon. Maybe they got more good stuff out of it than I did.

Since it WAS an hour, here are three links to the Undocumented Changes in the pre-patch:

Once again we’ll get an hour with Ion and Lore. Having read the forum questions, I would guess that they will be more on the defensive instead of revealing future exciting information for BfA.

The Global Cooldown issue must be addressed. It is a big deal and a solid valid justification would be welcome.

Class changes shelved until 8.1. For many players this is unacceptable. I tend to agree with them.

The Auction House needs updating. About a year (at least) ago, Ion admitted that a player should use an addon.

I marvel at the number of transmog questions. This part of customization on a player’s character is a Very Big Deal. A lot of players care deeply about it and it is their first and number one question on the forums. Lots of ’em.

I asked one question. Something like, “why are materials for consumables tied to mythic plus dungeon bosses?”. One can easily imagine a dismissive and a dismissal by Mr. Ion as no big deal.

Again, this was also in the last Q&A forums but not addressed: viability for classes in high end mythic plus dungeons. Not being invited to the party can hurt. I see tears and chocolate in my future.

Often we are reassured that if it is broken, then they will fix it. But that answer makes us think “next expansion” not “next patch”. Based on experience!

I’m always amazed at how tepid the Q&A experience is, I can hope for some action this time.

“For most of history, Anonymous was a woman.”
Virginia Woolf

There will be a Developer question and answer session for about one hour tomorrow. Answering will be Game Director Ion Hazzikostas.

There are forums for you to submit your question: Here is the US Forum and here is the EU Forum. You can twitter at #WarcraftQA as well.

I’ve read through the pages of questions. Noting that they’ve asked for 40 words or less, I skipped over the massive-sized posts just like the moderator.

I asked two questions: one was about the loss of Displacer Beast and the nerf to Dash and the other was; like many others, about the Mage, Warrior and Priest getting the big raid/dungeon buffs.

I don’t expect a response to my questions and I would be shocked to receive a reply. My belief is that this stuff is mostly public relations and little hard information. It is not about accountability but instead about justification of choices.

I do have lunch time free tomorrow and I look forward to watching this session.

There is one question that I almost asked but decided not to do so:

Question One: Did Ion get a request to visit Human Resources after firing Lore live on the twitch steam?
Question Two: Did Lore ding a big pay raise for not suing Activision?

I remember my shock when Lore asked about the Sea Gull affix for mythic plus and Ion shot back, “you’re fired”. Even labeled as jokes, they are never funny. That kind of power unchecked is simply wrong in the work place. Ah well, some questions by me are best left unasked. 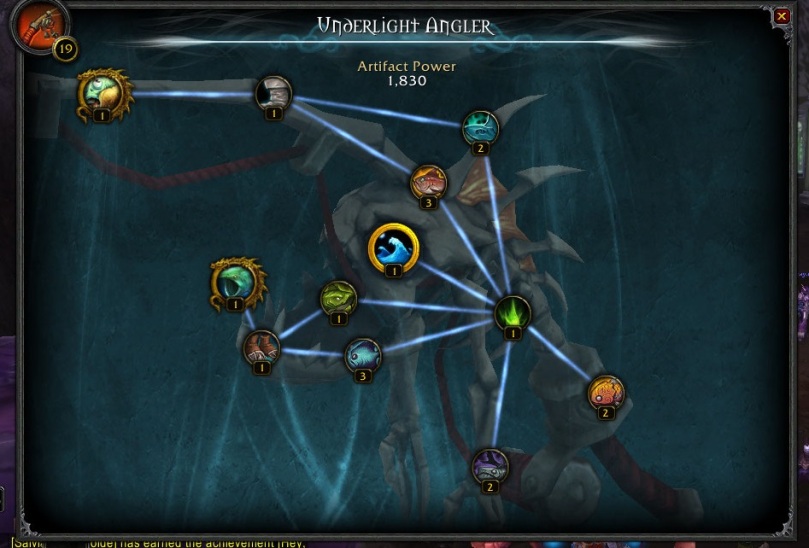 It’s hard to complain about Legion. It was a very successful expansion. The patch pace was pretty good. Sadly Argus never was the sandbox that was the Timeless Isle. A ton of players are still on the Timeless Isle today, go visit; it is a really fun little zone.

It is kind of odd that no one that I’ve talked to or read about is excited about his character in BfA. Everyone seems to have a sort of dread that their character will be weak, vulnerable and soft. This isn’t good. If one class felt that way, maybe Affliction Warlocks, it would be typical but for my money it is everyone who plays the raid game or mythic plus game.

This is speculation but I wonder if the players who read up and pay attention to the forums and blue posts, us guys: don’t trust Watcher. We don’t believe it when he says “it is kind of fun to get a titanforged item randomly” when we feel that we will “keep running it over and over until we titanforge”.

My interest began with no flying in WoD. It was a good choice, the designers will tell you that the game looks better on the ground with a limited camera range. But, you don’t tell the director to stage Meryl Streep on a certain spot to make your scenery look good! We, the players, are the stars of this World of Warcraft and no flying ideas can get you fired.

Is “bring the class, not the player” a true design choice and idea or is it to counter Ghostcrawler with his “bring the player, not the class”? “Oh no, this is not how you set up a shop. We need to re-arrange everything”. At great cost.

And the above question will lead to more questions like why is grinding artifact power something in this game — is it a true design choice or something else? Before Legion, my healer would level up to raid power and then never do anything except raid. My healer never was killing mobs in the world yet has to do so now.

And, honestly, I’ll be there in Battle for Azeroth. It is a good game and I find it a lot of fun. I’ll go along with the design decisions including constant grinding because I like to raid and run mythic plus dungeons.

Does anyone else feel this way? That Watcher is not transparent but a smooth talker and this leads to the question on every design choice in the game; from grinding to class design to utility to “meaningful” game play? I don’t know, it doesn’t bother too much; just enough to write one blog post on it.

“Intelligence is the ability to adapt to change.”
Stephen Hawking

I just watched the presentation by Watcher and Lore. They are using hand-held microphones now and they are not professional performers. I think that they should go back to the other microphones that could still capture them while they turned their heads.

Overall, my impression was that they are not going to screw it up. Many of the systems that are being advanced are tried and true or being simplified. This is not a tough new thing that they are trying in the next expansion.

I did not hear anything about what I want to know: can I level up and play in my heal spec like I did in Legion. It was odd and quirky and so unusual that I found it fun.

We need to look a lot more into how the new social channels will work for us. When the pre-expansion patch drops, 8.0, we will have these new features. It was reassuring to learn that the guild channel is the base and foundation channel. The new system, though, will allow a way to join other teams and get on their calendars or receive invites by the players making new channels … I think. This needs more research on my part.

As I’ve written in the past, I have not been happy with having a mission table in BfA. It will be much different. Their example of needing, in Legion, to do a twelve hour mission before taking the next step in a quest chain will be gone. It will be more of a place to spend resources as an outlet for stocked up resources rather than something necessary and vital to your progress.

Finally, aside from this Dev chat, I’ve looked briefly over the string changes posted by MMO in their data-mining and I see very little, if any, on healing changes. Going into Legion, they said that they thought Druid healing was in a good place. That’s all fine. But, we do like to get new stuff now and then!